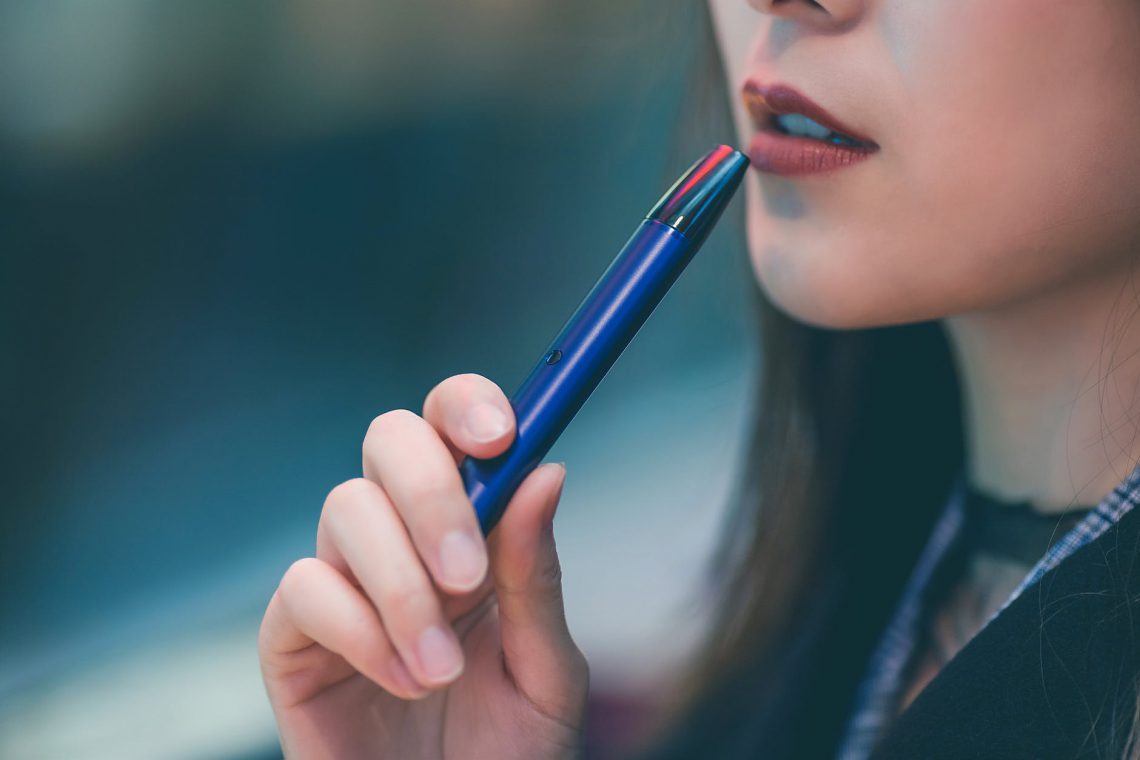 New research published in the New England Journal of Medicine has linked e-cigarette use to a cluster of respiratory illness cases identified on CT scans. The results add to the growing concern that vaping may cause lung damage, an idea that manufacturers of vaping products have downplayed.

The team, led by Jennifer Layden, PhD, chief medical officer of the Illinois Department of Public Health, analyzed 53 cases in Illinois and Wisconsin that linked the use of vaping products to severe pulmonary disease in young, seemingly healthy patients.

Among the 48 patients who underwent a CT exam, all had abnormal findings, including ground-glass opacities in both lungs. Ninety-one percent of the cohort had an abnormal chest x-ray.

“Although the definitive cause of this cluster remains unknown, the severity of the illness and the recent increase in the incidence of this clinical syndrome indicates that these cases represent a new or newly recognized and worrisome cluster of pulmonary disease related to vaping,” Layden et al. wrote in the Sept. 6 study. “Since no single product or substance has been associated with the illness, persons should consider not using e-cigarettes while this investigation is ongoing, especially those purchased from sources other than authorized retailers (e.g., e-cigarette products with (tetrahydrocannabinol) THC) and those modified in a manner not intended by the manufacturer.”

Beginning in July of this year, both the Wisconsin Department of Health Services and Illinois Department of Public Health became aware of multiple reports of pulmonary disease potentially tied to the use of e-cigarettes. Similar cases have been reported in “at least” 25 states, the researchers noted; the CDC has established coordinated efforts similar to that presented in this study in those states.

This cluster of patients was 83% male, had a median age of 19 years old and presented with vaping-related illness. Ninety-three percent of them were hospitalized, and there was one death. The entire cohort was previously healthy, but reported using e-cigarette devices and related products 90 days before symptoms began. Their chest x-ray or CT images showed pulmonary infiltrates in both lungs.

The majority of patients presented with respiratory symptoms (98%), gastrointestinal symptoms (81%) and constitutional symptoms (100%).

Overall, most of the patients had “similar clinical findings” and disease progression—possibly resulting from toxic lung injury. Most (84%) said they used THC in their e-cigarettes. About 80% said they used both nicotine and either THC or CBD products before they fell ill from vaping.

“Given the disparate nature of e-cigarette–associated illnesses that have been reported in the literature, it is notable that case patients in Wisconsin and Illinois presented with similar clinical findings and progression of disease, which suggests a similar pathophysiological mechanism of lung injury,” the researchers wrote. “However, the definitive pathology for these pulmonary diseases has not been established, and it is possible that these pulmonary diseases represent a range of disease processes.”

“Until the investigation into the cause of this epidemic of vaping-induced respiratory injury is complete, no conclusions can be drawn as to which compound or compounds are the causes of injury,” Christiani concluded. “In light of these cases, however, efforts should be made to increase public awareness of the harmful effect of vaping, and physicians should discourage their patients from vaping.